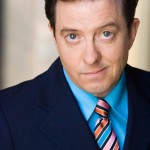 Welcome to an another edition of my ongoing interview series,”8 Questions with…..”. I started this waaaay back when on another social media site and have re-started it here. The series features people from all over who in one or another have perked my interest. So I ask to do a interview where they answer the questions themselves,in their own words.
So recently I have been looking for ways to expand my readership,get folks to come read,sign the mailing list,add me as a link,you know….PROMOTE this blog. I have joined several different groups that feature e-book authors,bloggers,poets. But as I also like my interview series as well…so I joined a group that features actors/writers/producers. My first post was a simple one….”Who would like to do a interview with me for my blog”? The silence was both deafening and surprising as I’m thinking about which actor/actress isn’t looking to promote themselves these days? More then ever,you have to work that much harder to stay current,fresh and busy. Now a tiny interview on a personal blog doesn’t seem like much but toss that link on your IMDB page or Wikipedia entry and suddenly you are getting exposed to more people,right?
Well Stephen Foster decided to take up my invite this afternoon and said he would be up for a interview. That was enough for me so I quickly did the background,saw that Stephen is a hardworking actor on the stage and is also a gifted writer and teacher. Of course seeing that he is working with the famous Jane Weidlin of the Go-Go’s and Frosted also didn’t hurt!
I love the fact at how fast we made this interview happen,Stephen was a good sport to agree to do this on such short notice and while I am just like you,the reader,in now just discovering Stephen and his talent,I am glad he took the time to answer ….

IC. What was growing up in your house like? What are some of your favorite moments with your family?

SF:      My mother was a very young single mother for many years, and we moved every year. When I was 10 she remarried and my step-dad joined the navy and we moved a lot again. I had a sister who was 13 months younger than me and we were best pals. We were like twins, really…because I was born 3 months premature, I was slow in developing so she always looked older than me. I was raised by my extended family because my mother was working at odd jobs…my grandparents, my aunts/uncles…my great-grandparents. It was a constant merry-go-round so I had to learn how to become used to different sets of friends at school. This actually forced me to go inside myself and that’s where I developed my creative imagination.
Some of my favorite moments with my family was when I used to spend the summer’s at my great grandmother’s house and she would take us for long walks with her, and bake cakes for us. She also taught me how to write and each afternoon at 3:30 she let me watch “The Carol Burnett Show” on TV and I used to try to recreate those skits with my sister, Sharon.

(Photo by Laura Burke Photography)
IC. What creative moment led you to become an actor on stage?
SF:      Well, I had done little things in grade school…and always wrote little shows and stuff….like normal kids…but in 9th grade (high school where I was living in San Diego) I on a whim took a “stagecraft” class and unbeknownst to me, it turned out to be combined with the advanced acting class and so I got be around all the seniors who had been studying acting for 2 or 3 years (at least). The teacher made us sign a contract for the grade we would receive at the end of the year and I loved it…no real tests, no math equations, just putting up show and doing scene work….well, I loved it. It was also at this time that my sister started getting involved with boys and drugs and so I “hid” in the theatre department. It became my home away from home. At that point I didn’t think of myself as an “actor” but I did start to think theater was something I could do.

IC:. What is the biggest difference for you between working on a film/TV set to working on a theater stage? Do you have to prepare differently?
SF    The main difference is theater is performed in front of a “live” audience and film is NOT. Theatre requires you to be in the moment but flexible to the changing conditions both onstage and in the audience. With theater you get immediate feedback as to how the audience is responding to your performance. With film, you get 2 or 3 takes at a scene and you move on to the next one. You don’t know until you see the movie up on the screen whether what you did is good or not. So much of film depends on the director and the editing. My prep is the same no matter what format I’m using. I do extensive research on the character and the material, I learn the lines cold and create a “look” for the character. It also changes based on the character I’m taking on. For example, If it’s a comedic role, I surround myself with comedy things (Bette Midler, Woody Allen, jokes) if it’s a serious part, I surround myself with more somber things (music, Journaling,Joni Mitchell).

IC: Take us back to when you won your first “real” role…what was the role, how did you react and what do you remember on your first day in that role?
SF:     The first “real” role I got was Davis Davis the indie movie “Off Hollywood” (although I had been acting for about 15 years). I auditioned for the role for 2 months before I got it. The director/producer wanted to make sure I could carry a film. I was putting in my contact lenses (getting ready for a Christmas party at my job) when the phone rang and it was the director who said, “you are officially cast as Davis Davis” in “Off Hollywood”” I said a polite, “Thank you…” hung up the phone and started to jump up and down and scream and shout. I called my boyfriend who was just thrilled because I had worked like the devil for that role.
My first day on the set was very EASY because we had rehearsed for 5 months straight! I was so “in character” the entire time that I hardly noticed the camera, the lights, the other actors….I felt like a wind up toy.

IC: Was it very hard as a gay man to land stage/film roles in Texas? Did you feel you were going to be typecast?
SF:     Well, I only briefly studied acting in college in TX so I didn’t get a chance to audition for anything outside of that. I image that it would be.
I was never afraid of being type cast….the only time I did worry about it was when I started to become known for playing Bette Davis (in my play “Legends and Bridge”) and no one could understand that I was just a funny guy…Doing drag was funny and I was great at it, but I’m better in pants.

IC Walk us through the process of creating your two-man show,Divanalysis: the Mechanics of Camp. How does a one man show differ from a two man show or a full cast show other then the amount of dialogue?
SF:       The process of co-creating “Divanalysis” was EASY! A cakewalk…because I had my friend Scott Wilkerson to aid me at every turn. We were both working at Tower Classical Records (I still can’t tell Mozart from Bach) as clerks and I would do impressions of Elaine Stritch, Karen Carpenter, Liza Minnelli, Judy Garland and Janis Joplin…just anyone….anything to break up the routine of waiting on needy Hollywood types and putting away stock. Well, I went to Circuit City to buy a boombox and this guy said, “I have a theater…” and I said, “I have a show!” I lied. I did NOT! So, Scott and I put these little character pieces together and created a show. We begged, borrowed and stole the stuff we needed.
Doing a 2 character show gives you a lot of freedom and room to create freely. When you do a project with a bigger cast…well, that’s more complex because there is more room for error and egos…
I’ve never had trouble with a lot of dialogue, I obviously love to talk!

(Photo by Laura Burke Photography)
IC. What are pros and cons of doing auditions?
SF:     The pros: you get a chance to be seen. You get practice. You get experience.
The cons: I don’t do my best at cold readings or when I feel someone doesn’t believe in me. (Ruth Gordon and Bette Davis felt the same way, too!) And often, the people doing casting don’t know good acting from bad…they can be very surface.

IC:. How did you meet your spouse,Chuck? Has living in Hollywood reduce the prejudice and bigotry you may have experienced elsewhere?
SF:      I was leaving work one day and when I was exiting the building, this tall drink of water held the door for me and said, “hi”…we had a conversation by the fountain in the courtyard and he told me he was a singer/songwriter, I made him sing for me. HE GOT THE ROLE! NO CALLBACK!
I think living in Hollywood does reduce prejudice and bigotry, but I find a lot of “industry” hate here and queer hate as well in terms of “you don’t fit it to our weho game”, but it is a lot freer than texas.
Chuck and I have travelled all over the USA and even Ireland/England and have never experienced any hatred, but that’s probably because they think I’m a woman.

IC     What can you tell us about your latest project,”Hidden Hills”?What its about? Are you excited about your new role?
SF:     “Hidden Hills” is a comedy written and directed by the wonderful Dan Steadman. I can’t give too many details, but it’s a funny, quirky little movie. I play Arnie Dimble one of the lead’s friends who is the comic relief. When I auditioned, Dan said, “when I wrote the character I didn’t think of him as funny…now I see how funny he is.”
I had the most delightful time working on the movie and can’t wait for the sequel. “ARNIE takes Manhattan” is the working title.

C. Stephen Foster is an award-winning actor/writer originally from Ft. Worth, Texas currently living in Hollywood. He won best supporting actor awards for his role in the comedy short "That's Opportunity Knocking". He wrote the self-help workbook "Awakening the Actor Within" His two-man show (with Scott Wilkerson), "Divanalysis: the Mechanics of Camp", played as part of the summer series at the renowned Highway's Performance Art Space. Foster penned (and starred in) the comedy "Legends and Bridge" which was extended three times at the Group Repertory Theater. "Legends" received rave reviews including Critic's Pick in The Valley Scene, Spotlight in Backstage West, and was "Recommended" by the LA Weekly. It garnered three ADA Award nominations including Best Comedy and Best Play. Foster co-wrote several screenplays which was a finalist in several major contests. As a stand-up comedian he's played the Comedy Store, Improv and Laugh Factory. Stephen co-wrote the book to the hit musical "The Green Room: the College Musical" (licensed by Steele Spring Theatrical Licensing.) He is the lead in the in the independent movie "Off Hollywood". And featured in "Hidden Hills" "Expect Delays" & "Making Olivia".
View all posts by cstephenfoster →
This entry was posted in Uncategorized and tagged blog, fame, patrick michael. Bookmark the permalink.